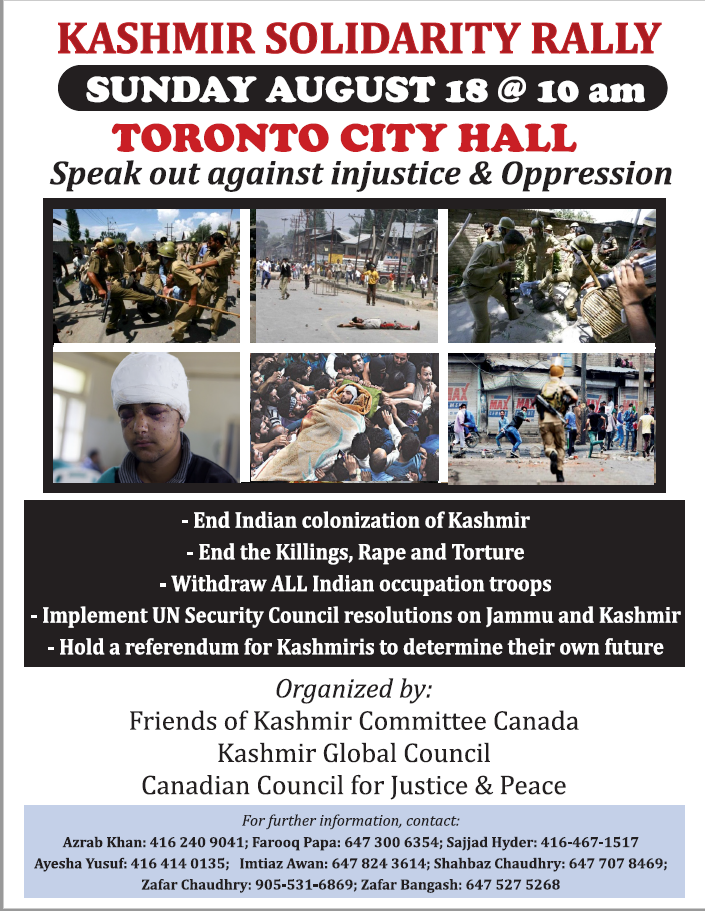 Indian PM Modi and his ilk have inexorably dragged the country down the path of religious fanaticism shredding the remnants of Indian secularism.

For the last seventy years people of Kashmir have been brutalized with unspeakable violence and torture by the Indian forces. A killing field — a valley of mass graves where women and children are violated as a weapon of war. It’s tantamount to ethnic cleansing and "war crimes done by a rogue government".

We unequivocally condemn these atrocities and the actions of the Modi government, anticipating the enlightened in India to raise their voices against these despicable acts of their government and the world to take notice of these cruelties and help reinstate the status of Kashmir.